This version of your browser is not supported. Please update your browser for the best user experience.
Skip to main Content
Advocates for the Charlotte Region

Each member of the CRVA's Executive Leadership Team and Board of Directors brings considerable expertise to their role in helping shape and fulfill the organization's commitment to the community. 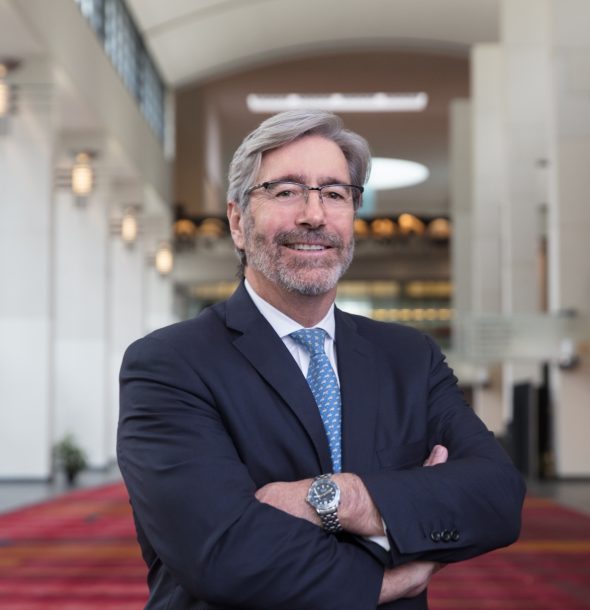 Tom Murray is a passionate advocate for the hospitality industry and its role as an important economic development driver for communities. Under his leadership, the CRVA has set ambitious and competitive goals through strategic planning, strengthened its financial capacity, elevated the profile of the Charlotte region as a leisure and meetings destination, established strong partnerships across the region and consistently grown the positive impact that the visitor economy has on the community's quality of life.

With more than 30 years of experience, Murray has long served as a leader in the hospitality industry for some of the nation’s largest hotels and travel organizations, including Lindblad Expeditions of New York and InterContinental Hotels Group (IHG).

As Chief Operating Officer of the Americas for IHG, Murray directed the operations of all owned and managed hotels in the U.S. and Canada, a portfolio that included 204 hotels, seven brands, and approximately $2 billion in hotel revenues. His responsibilities also included overseeing franchising, company-owned and managed development, hotel operations and third-party owner relationships in the Latin America and Mexico regions encompassing 165 hotels. Murray led IHG Americas’ Design and Construction organization as well, delivering on his extensive experience in construction, project management and technical services agreements.

Prior to IHG, Murray served as the Chief Operating Officer & Senior Vice President for Red Lion Hotels & Inns, Hilton Hotel division, where he led all areas of the company’s performance, including franchise and management relationships, property operations, sales and marketing, brand management, asset management and accounting. Murray held various senior level positions within Promus Hotels Corporation for 10 years and worked as a controller for Marriott Hotels Corporation prior to that.

Murray is a graduate of Villanova University with a Bachelor of Science degree in accountancy.

CRVA's leadership team works together as a collaborative group to make sound business decisions through the lens of an employee-first culture, modeling core values and executing best practices supported by evidence-based research. Above all, they harness the power of highly-engaged, diverse team members working across multiple brands and venues to deliver exceptional customer service and elevate the prosperity of the Charlotte region. 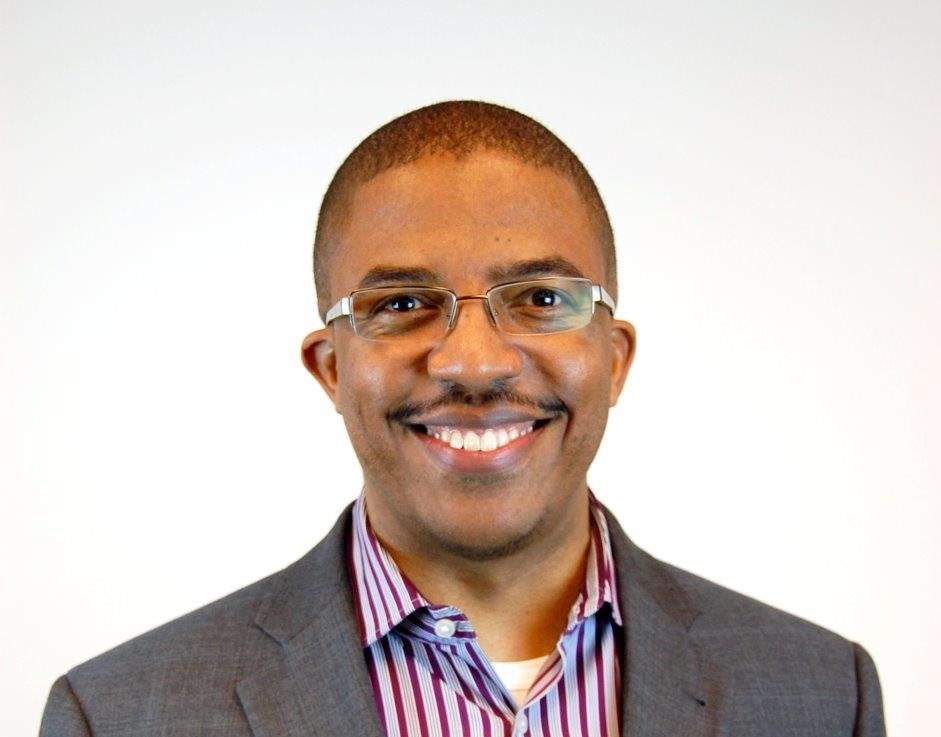 Before joining the CRVA, Anthony was the CFO of the District of Columbia Retirement Board (DCRB)—a $10 billion public pension fund serving Teachers, Police Officers, and Firefighters. Before DCRB, Anthony worked for trade associations and nonprofit entities which conducted events, meetings, and trade shows. He also worked in government at the state, county, and city levels.

Throughout his nearly 20-year career in financial management, accounting, and budgeting, he has shown initiative, creativity in problem-solving, and the ability to align economic and business metrics to support strategy. He possesses good business acumen relative to operations management, budget, finance, and technology and commits to building consensus and excellence.

Before relocating to Charlotte in May of 2020, he served on the Board of Trustees and as Chair of the Investment Committee at the Mount Zion Baptist Church in Arlington, VA, for more than 10 years. He holds an MPA from the University of Chicago and a BA from Talladega College. 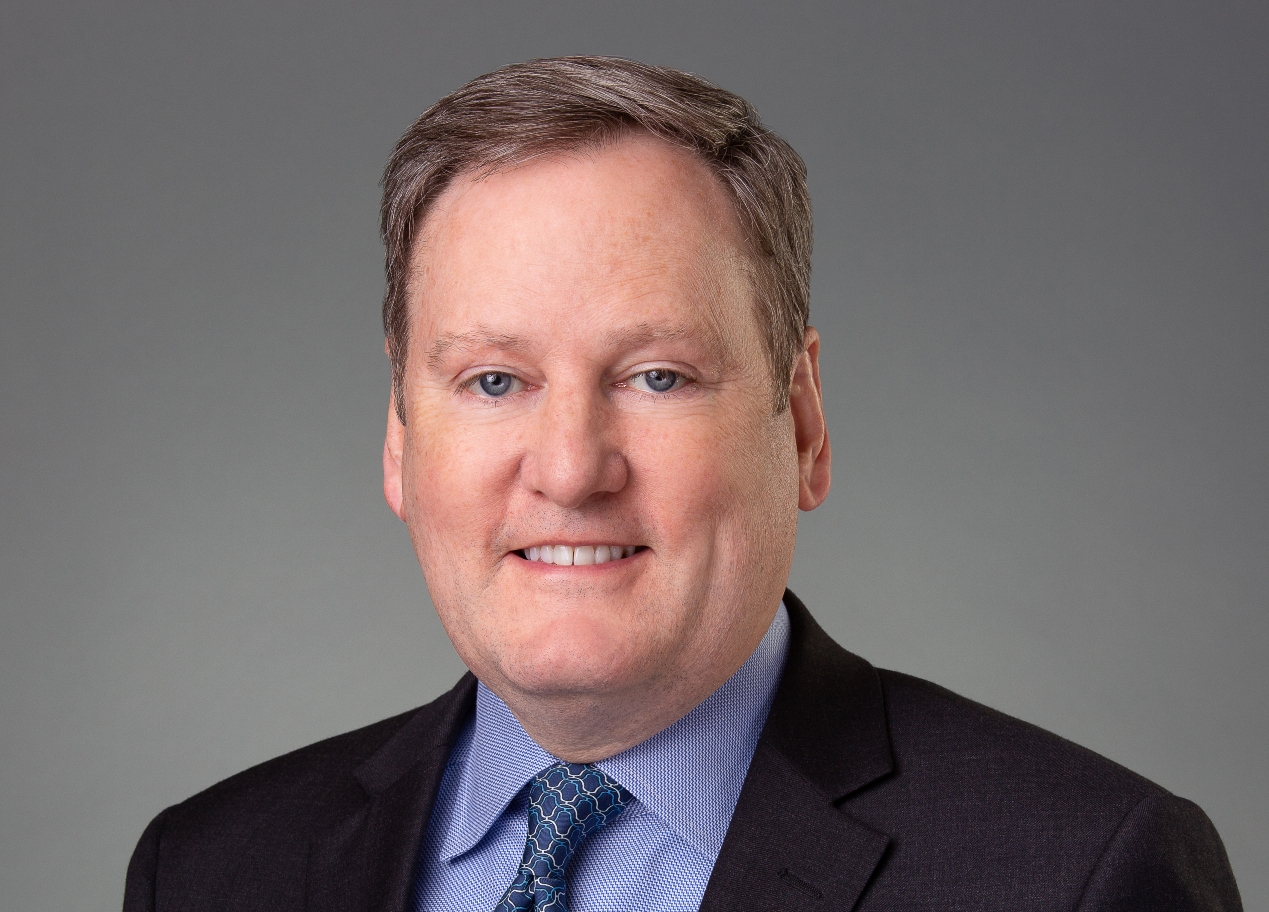 Cameron Furr serves as the CRVA’s in-house General Counsel, a post he’s held since 2019 after having represented the organization as outside counsel for over 20 years.

He is responsible for overseeing the legal matters of the organization, including leading event and vendor contracting activities.

Furr received a Bachelor of Arts (Economics) and a Juris Doctor from UNC-Chapel Hill, where he served as an Editor on the Law Review. He began practicing with Grier and Grier, PA in Charlotte in 1989, became a Partner in 1994 and was with the firm, now known as Grier, Furr & Crisp, PA for 28 years. 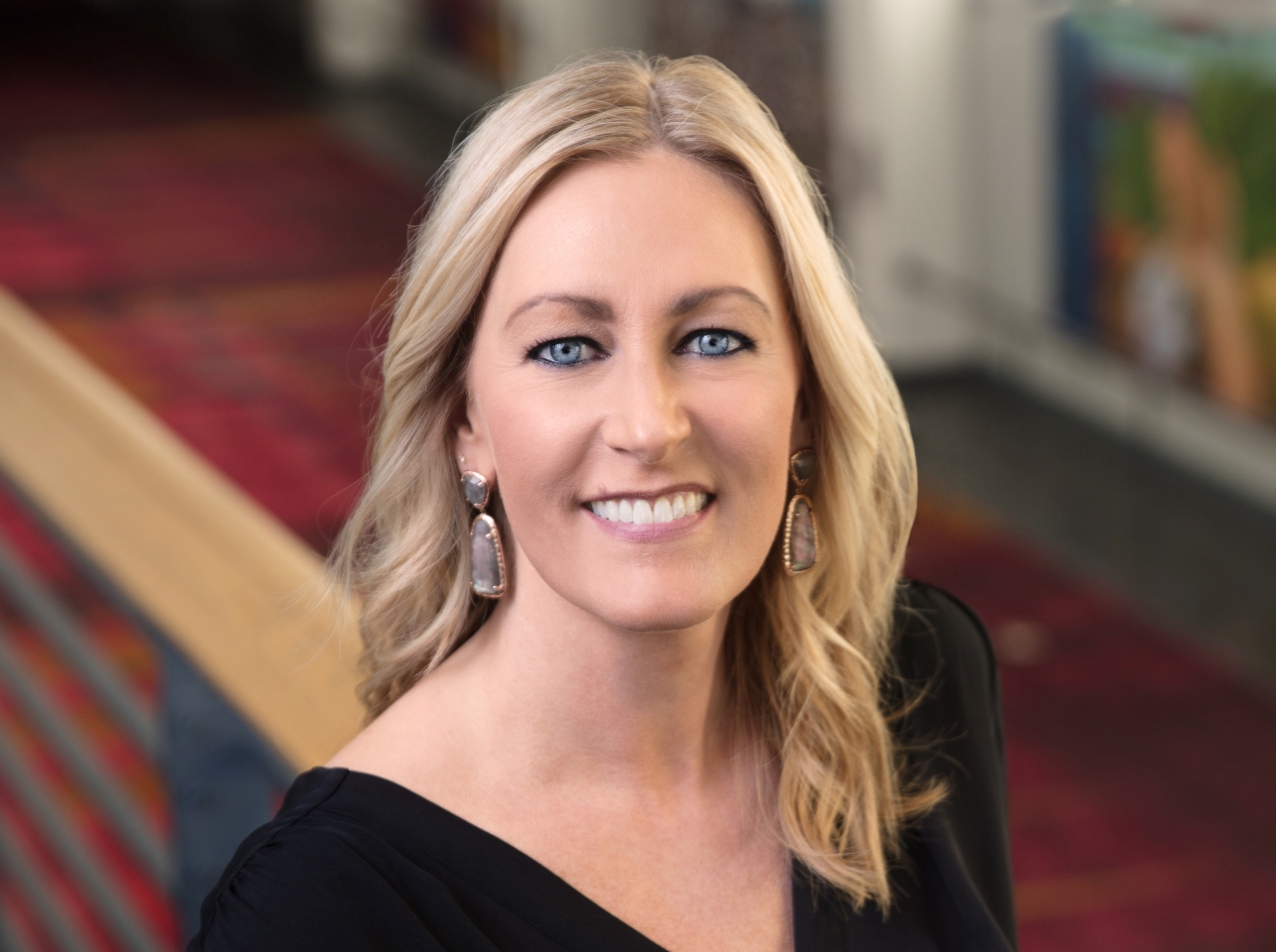 As Chief Marketing & Communications Officer, Sheridan promotes the Charlotte region as a visitor destination, a host city for conventions, meetings and sporting events, a site for strategic events as well as a production location for film.

Sheridan oversees marketing and communications operations for the CRVA including the NASCAR Hall of Fame, Bojangles Entertainment Complex, the Charlotte Convention Center, Charlotte Regional Film Commission and Visitor Info Centers in conjunction with the city’s place branding efforts. Additionally, she leads efforts that strive to tell the powerful story of Charlotte’s visitor economy, which generates $7 billion for the Charlotte region annually and enhances the area’s overall quality of life as an ideal place to live, work, play and visit.

Serving as the city’s top tourism marketer for the past 20 years, she serves on the CRVA executive leadership team, manages a department of 26, and oversees an $11.5 million budget, developing strategy and vision for brand integration across promotions, marketing initiatives, digital platforms, social media and public relations.

A graduate of the University of North Carolina at Wilmington, she holds a Bachelor of Arts in Communications. She is a recipient of the Charlotte Business Journal’s 40 under 40, and graduate of Leadership Charlotte Class XXXII. Sheridan serves on the Board of Directors for Seventh Street Public Market, a bustling urban food destination in the heart of Charlotte’s Center City and is an incoming board member for Leadership Charlotte. She is a distinguished member of Women Executives, an invitation-only professional group comprised of women who have demonstrated excellence and leadership in their work and in the Charlotte community. 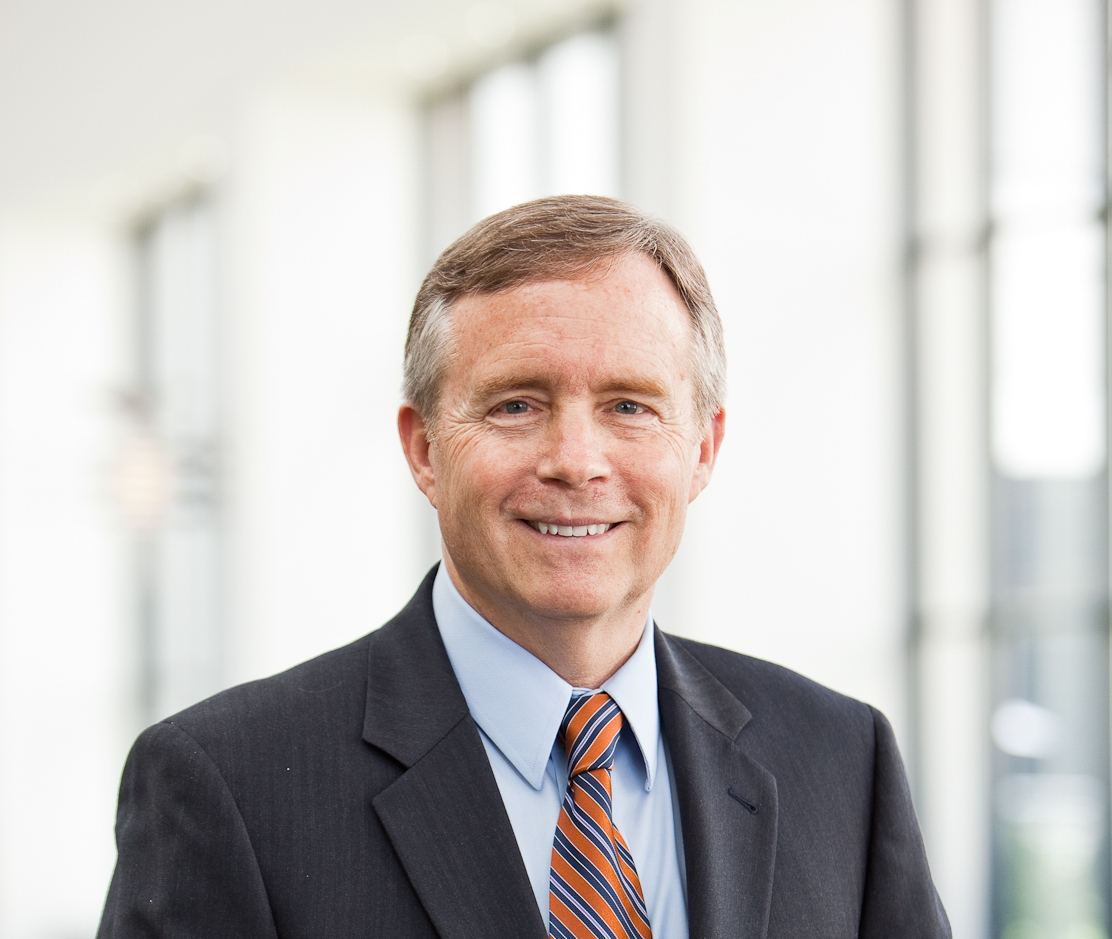 A leader in the tourism and hospitality industry, Mike Butts serves as the Executive Director for Visit Charlotte and Vice President of Sales for the Charlotte Regional Visitor Authority, where he has worked for over 20 years.

As the sales and servicing arm for the Charlotte Regional Visitors Authority, Visit Charlotte promotes the region as a destination for tourists, a host city for meetings and conventions, and a site for sporting events. Butts oversees operations for a team comprised of more than 40 professionals dedicated to these goals and is an influential voice in furthering the advancement of Charlotte and the hospitality and tourism industry as a whole.

Among many positions in the industry, Butts previously held positions as Vice President of Marketing and General Manager for Signature Hospitality Resources, a nationwide operator of the most prestigious brand names in the hospitality industry, as well as a Regional Director of Sales for Hyatt Hotels. A professional development advocate, Butts has served a number of industry-related organizations – most notably as President for the Destination Marketing Association of North Carolina, a Board Member for Destination Marketing Association International, a Board Member for the NC Division of Film, Tourism, and Sports Development, Chairman of the Board Member for the NC Travel and Tourism Coalition and board member of the American Bus Association.

Butts is a native of Columbus, Ohio, and a graduate of Ohio State University. 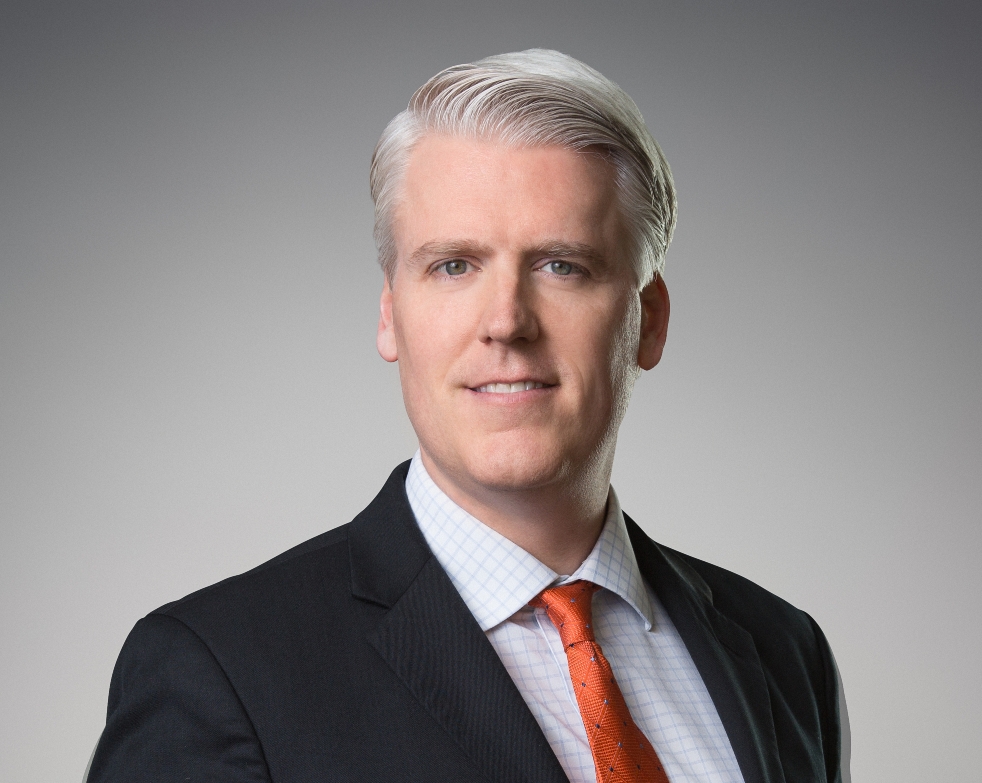 A veteran of the organization for more than 25 years, Bagwell has held roles in operations, technology and finance that have led to his current position as Vice President of Venues. Bagwell’s career highlights include achieving his CPA designation in 2000, playing a leading role in hosting the 2012 Democratic National Convention the 2019 NBA All-Star Weekend and the 2014 Alpha Kappa Alpha 66th Boule featuring a single service plated dinner for over 10,000 people. His contributions were also key to the successful recent $127M expansion of the Charlotte Convention Center and $20M expansion of Bojangles Entertainment Complex. Bagwell is a graduate of Clemson University holding a Bachelor of Science in Accounting. He is also a graduate of Leadership Charlotte class 41 and is a board member of the NASCAR Hall of Fame Foundation. 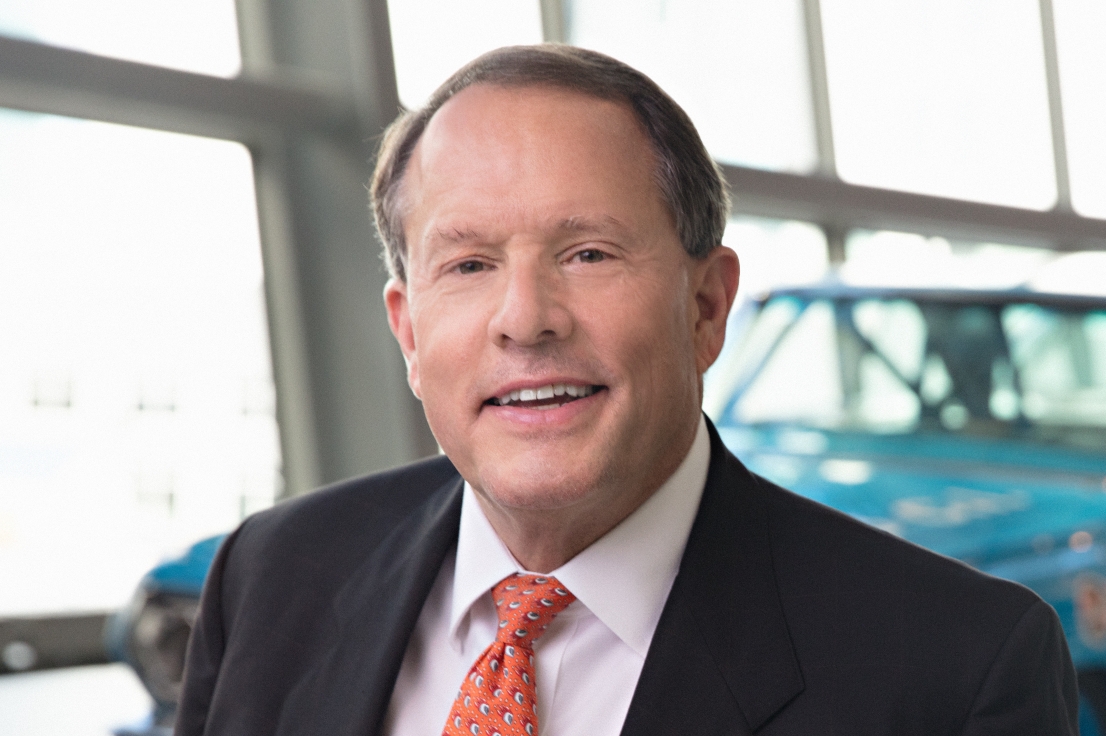 Winston Kelley is Vice-President, CRVA and Executive Director of the NASCAR Hall of Fame which works to provide memorable and dynamic experiences to broad and diverse audiences, serves as the recognized home for honoring NASCAR’s ongoing history, drive economic impact for the Charlotte region and inspire all to exceed expectations and achieve one’s full potential.

Prior to joining the CRVA in 2006, Kelley spent more than 27 years with Duke Energy in a wide variety of managerial and executive capacities.

Born into a racing family, Kelley began his motorsports career in 1981 working with the Universal Racing Network and the North Wilkesboro Speedway as well as numerous other NASCAR tracks in the years ahead. He joined the Motor Racing Network (MRN) radio broadcasting team in 1987 and served as lead pit reporter for 18 years before stepping away full time at the end of the 2020 season. 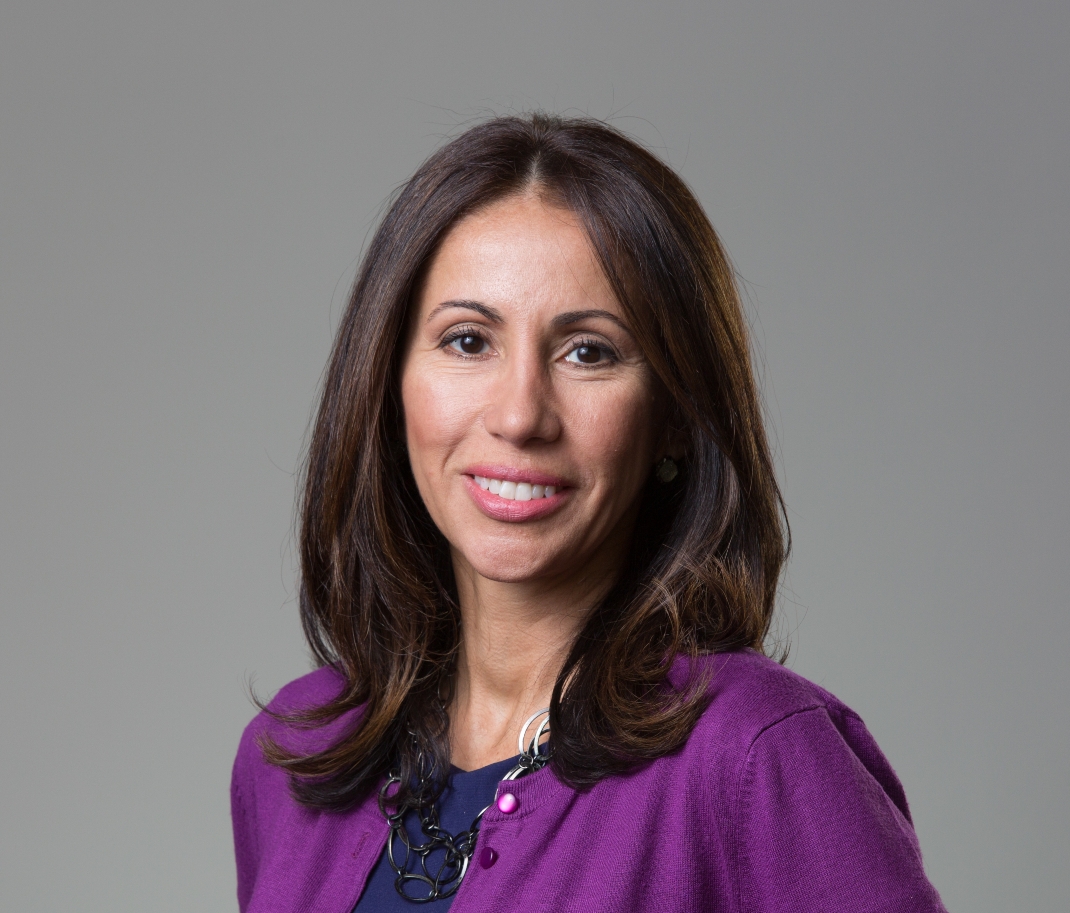 She understands the challenges and opportunities for success in the areas of Strategy, Operations, Sales, Finance, Technology, to improve measurable business results through goal alignment, effective staffing, process redesign, and people development. She has facilitated many Leadership classes, has conducted numerous employee investigations, and has led employee teams and Task Forces to create and implement successful HR initiatives.

Originally from Puerto Rico, Goodman is bilingual in Spanish and understands diversity, inclusion as well as international and Latino cultures both on personal and business environment. She has worked both in for-profit corporate environments as well as nonprofit organizations. She currently serves in the CharlotteWorks Board of Directors to advance economic development and jobs for unemployed and underserved individuals.

Goodman has a BS in Psychology from the University of North Carolina, Charlotte.

The CRVA is guided by a 13-member board of directors who collaborate closely with CEO Tom Murray on providing leadership for the organization and advocating for the region's hospitality and tourism industry. The board is made up of nine members appointed by Charlotte City Council and four members appointed by the Mayor. Each member serves a term length of three years and is limited to two terms. 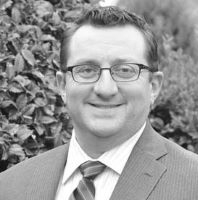 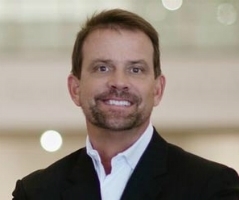 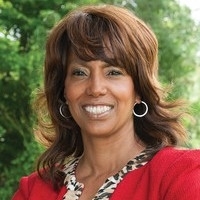 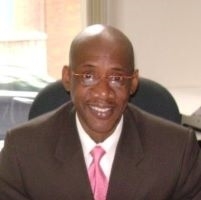 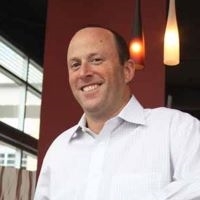 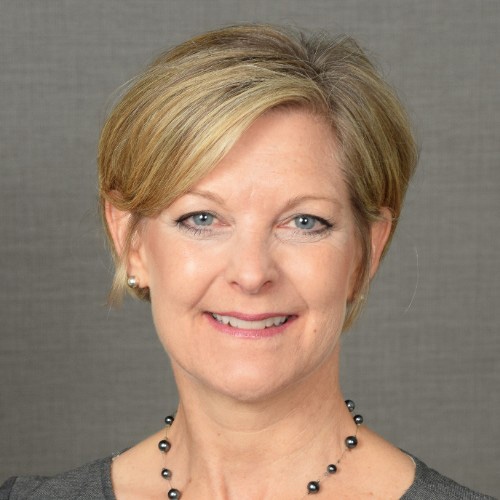 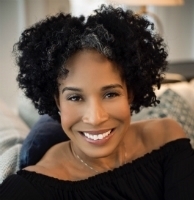 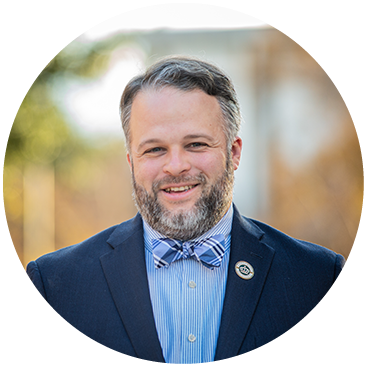 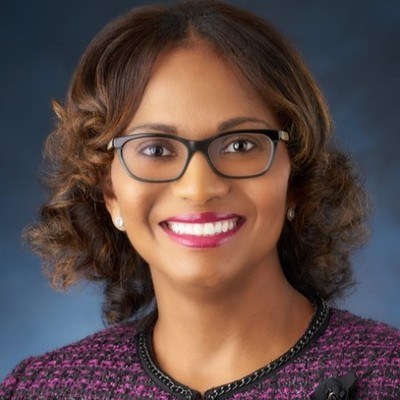 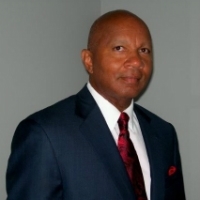 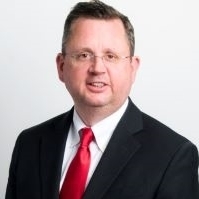 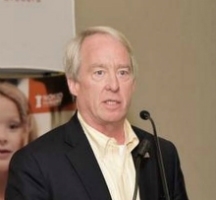 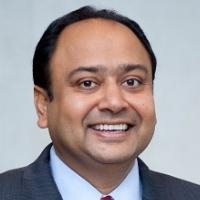